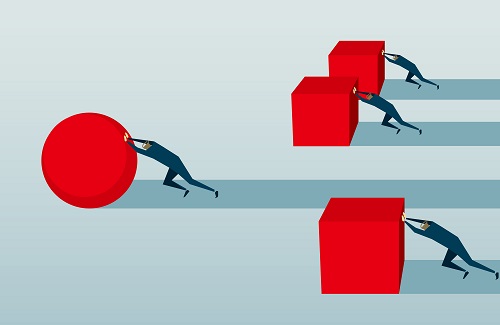 As mass media totes an impending national nursing shortage, many young students and career transitioners are flocking to nursing school. In Fall 2015, total nursing baccalaureate enrollment totaled 331,703, up from 180,127 ten years ago1. As a result of this increased enrollment, the Health Resources and Services Administration (HRSA) estimates the number of licensed registered nurses (RNs) in the US will rise from 2.9 million in 2012 to over 3.8 million in 2025. Contrary to most media messaging, this will actually exceed the national demand for RNs, which is projected to reach just 3.5 million by 2025. HRSA projections from the National Center for Health Workforce Analysis show that only 16 states, mostly in the West, are expected to see a true shortage of supply relative to their demand for RNs by 2025. The remaining 34 states, including the entire Midwest, are actually all expected to exceed their demand2.

Does that mean there is no nursing shortage? National benchmarks are helpful, but only to a certain extent; those of us who work in multiple markets know that regional variability can be so extreme, it renders the national statistics impractical for decision-making. Firstly, broad projections do not typically differentiate the need for experienced or specialty nurses versus new graduates. Secondly, they do not take into account the immense variability between states or between geographic regions within the same state— for example mostly urban Western and mostly rural Eastern Washington State have drastically different needs in terms of their nursing workforce.

A regional approach to analysis and decision-making are needed to appropriately plan the nursing workforce pipeline. This means zooming in to the service planning area (SPA) level, or better, county level to analyze the outlook on employer demand over the next 10 years, and compare it with projected outputs from the local nursing schools.

Nursing Surplus during a Nursing Famine?

The general directive has been for nursing schools to produce as many bachelor of science in nursing (BSN) prepared nurses as possible, which can drive a surge in newly-licensed RNs in areas with limited new grad residency and training programs. In California urban centers, such as San Francisco and Los Angeles, new grad unemployment exceeds 40%; this percentage drops by 10-20% when you look at the rural communities3. In many cases, areas with high unemployment of new grad nurses have built a veritable bridge to nowhere, where there are sufficient nursing school seats but not enough entry-level nursing jobs or residencies. Much of this dynamic has been powered by the 2008 recession, during which many nurses delayed retirement to improve their financial stability or support unemployed spouses. Currently, the number of RNs who were working at age 50 that are still working at age 62 is up 27% from the 1980s4. These nurses may be holding jobs that would otherwise be filled by new grads, resulting in many employers stipulating “no new grads” or “1 year of acute care nursing experience required” on their job portals.

The Disconnect between Academia and Employers

It seems reasonable to assume that nursing school should prepare candidates to work in nursing jobs, of which the most coveted for new grads are in acute care hospitals and medical centers, which can support higher pay and faster career development. Important to note is the time of the associate’s degree in nursing and licensed vocational nursing degrees has passed; as more facilities seek magnet designation, and in light of the Institute of Medicine’s call for 80% of the nursing workforce to be bachelor’s prepared by 20205, industry standard is the BSN.

However, there is a gap in communication between nursing schools and health care employers to understand the settings (e.g., inpatient vs. outpatient), specialties (e.g., medical-surgery vs. maternity vs. emergency) and volume of positions available to new grad RNs in their market. Employers also site a growing need for soft skills, leadership and management to meet regulatory goals inspired by the triple aim. Better communication is needed between the pipeline of schools and health care employers to build the right skillset for the market need, and guide students toward areas where jobs are anticipated. This communication needs to happen at the regional level, to avoid a mismatch between the volume and preparation of new grad nurses, and the hiring needs of local health care employers.

Eighty-eight percent of nurses seek their first jobs in the state in which they were trained, and 35% are working less than 15 miles from where they attended high school6. This means nursing is a hometown game, and that strategic planning and decision making will be most effective at the regional level. Counties should consider convening the talent acquisition teams from the local employers and nursing school administrators, facilitated by experienced HR strategic planners to develop strategic plans with three-, five- and ten-year horizons. These plans should be reviewed annually and regional partners held accountable to implement the recommendations. Without this level of rigor, we risk workforce solutions being attempted in silos, and at scales that miss the mark on demand for the geographic area.

In response to regional planning shortfalls, COPE Health Solutions has partnered with 17 different hospitals and health systems to implement workforce development programs with a local focus. In markets saturated with new grad RNs, we offer Licensed Nurse Scholar, an experiential learning program that keeps nurses engaged in the clinical setting while they look for work. This program keeps critical thinking and bedside skills fresh. It also serves as a working interview, so the host organization can observe the candidate’s professional skills and alignment with their mission and vision. The clinical experience of Licensed Nurse Scholars is paired with interview workshops and resume building to help candidates compete for jobs in environments such as Los Angeles County, which can be hostile for new grads. These programs have proven successful in building bridges to employment, with over 70% of Licensed Nurse Scholars hired by either their host hospital, or another facility.

In markets with a shortage of new grad RNs, we offer Student Nurse Scholar, a program aimed at attracting, and contracting, the top talent from nursing schools while students are still in pursuit of their degree. Employers partner with local nursing schools to scholarship top performers in their last two years of education, and imbed their culture, mission and values into the students through onsite mentorship and special events. Student Nurse Scholars agree to commit a minimum of two years to the employer.

At the core, anyone looking to pursue a nursing degree should know their market. Programs such as those offered through COPE Health Solutions and our partners will help bridge the gap until the playing field across markets can even out.

Footnotes:
1American Association of Colleges of Nursing. 2015-2016 Enrollment and Graduations in Baccalaureate and Graduate Programs in Nursing. http://www.aacn.nche.edu/research-data/standard-data-reports. Accessed September 28, 2016.

4David I. Auerbach, Peter Buerhaus, Douglas Staiger. Registered Nurses Are Delaying Retirement, a Shift That Has Contributed to Recent Growth in the Nurse Workforce. Health Affairs, v. 33, no. 8, Aug. 2014, p. 1474-1480