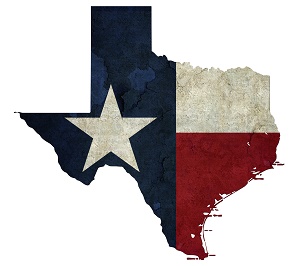 The Community Care Collaborative (CCC) in Travis County, Texas, demonstrates what can be accomplished through a Medicaid 1115 Waiver Delivery System Reform Incentive Payment (DSRIP) program.  Under the program, the Collaborative expanded access to primary and specialty care, improved care for patients with chronic conditions, and integrated behavioral health care with primary care.  Hitting these goals enabled the Collaborative to earn $49 million (100% of its available funds) in the second year of the DSRIP demonstration and $57 million (99.5% of its available funds) in the third year.

The Centers for Medicaid and Medicare Services (CMS) approved Texas’ 1115 Medicaid Transformation Waiver in December 2011.  Texas proposed the waiver to transform the delivery of health care to Medicaid and uninsured patient populations, as well as change how that care is paid for across the state.  The state established 20 regional healthcare partnerships (RHP) that developed projects under the Delivery System Reform Incentive Payment (DSRIP) program.  The DSRIP program enables participating providers to select five-year demonstration projects from a menu to transform care through infrastructure development, quality improvements, and redesigned health care delivery processes.  Providers whose projects are approved receive incentive payments for successful implementation.

The CCC monitors its projects and their effect on the patient population through a combination of (1) project milestones to track the progress of the DSRIP projects; (2) patient impact measures to quantify the patients impacted; and (3) quality metrics to quantify the impact on patients. The state uses these milestones, measures, and metrics to determine if the CCC qualifies for its incentive payments under the DSRIP program.  Project milestones include opening a new primary care clinic, hiring clinicians to increase access, creating care protocols for chronic conditions, or training patient care navigators to help patients along the care continuum. Patient impact measures track the number of patients affected by a project or the number of encounters that the CCC is providing through a project. Quality metrics include the percentage of the diabetic population receiving annual screenings or the percentage of the hypertensive population whose blood pressure is controlled. (See the Snapshot of the CCC’s DSRIP Projects table for an expanded list of outcomes.)

Upon approval of the CCC DSRIP projects by the state, it became necessary to engage a third party to successfully achieve the CCC’s required measurement goals. The CCC hired COPE Health Solutions to develop implementation plans and help the CCC build its project management capabilities.  Initially, COPE worked with all levels of the organization to determine the CCC’s needs and define the CCC’s goals.  Next, COPE helped the CCC establish steering and workgroups comprised of stakeholders from Central Health, Seton, and the provider community to guide the implementation of the DSRIP projects.  While the CCC worked on enhancing its community health information exchange capabilities, COPE set up a manual reporting structure that the CCC could begin using to track the milestones, measures, and metrics to show its progress.  Together, the CCC and COPE Health Solutions achieved the change required to draw down 100% of its available funds in the second demonstration year and 99.5% of the funds available in the third year.

Currently in its fourth demonstration year, the state of Texas will likely file a renewal application in 2016 for its Medicaid 1115 Waiver program, which is expected to include a proposal to continue the DSRIP program beyond the initial five-year demonstration period. With another DSRIP program period on the horizon, and multiple other DSRIP-like programs developing in other states, here are five pieces of advice from the CCC’s experience with DSRIP:

For more information on how COPE can help you succeed with DSRIP or other Medicaid redesign efforts in Texas or and other states contact: DSRIP@copehealthsolutions.com.

This table provides a quick look at some of the outcomes the Community Care Collaborative DSRIP projects have achieved as of May 2015.