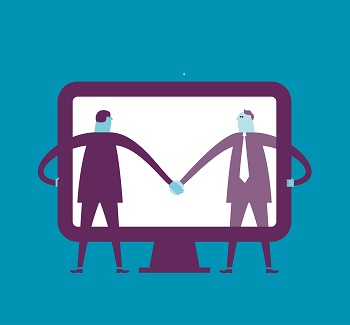 The state of New York plans to transform health care delivery for Medicaid patients through the Medicaid 1115 Demonstration Waiver it has negotiated with the Centers for Medicare and Medicaid Services (CMS).  The Waiver aims to save $17.1 billion of Medicaid federal money over a five-year period by reducing avoidable hospital and emergency department admissions by 25%.  To accomplish that goal, the state is redirecting Medicaid funds to performance based Delivery System Reform Incentive Payment (DSRIP) projects that will radically change how health care is delivered to Medicaid patients.The DSRIP program uses incentive-based payments that must be earned, initially through the achievement of process milestones and later improvement of clinical outcome indicators, to encourage providers to form regional collaborations and focus on operational practices that will be successful in a value-based payment environment.

Similar to Texas’ Medicaid 1115 Waiver, which established Regional Healthcare Partnerships across the state, New York’s waiver established 25 Performing Provider Systems (PPS) based on geography and regional care delivery.  Although both states have taken a regional approach to implementing pay-for-performance transformation projects, the responsibilities placed on both the lead provider and the PPS as a whole are staggeringly different. In Texas, lead providers, “anchors”, are responsible for the coordination and oversight of the DSRIP program in an informal administrative role. In New York, PPS leads hold vast responsibility in a formal role to drive system outcomes as well as develop joint budgets and funding distribution plans.

Additionally, the New York Waiver has other meaningful differences, some of which may inform potential renewals of the Texas and the California DSRIP-based Medicaid Waivers, such as aggressive regional and state-wide performance outcomes.  For example, if the state has not hit 15% of its targeted goal at the halfway point of the DSRIP program, it will reduce incentive funds for all providers across the state.  Not only are the PPS’s financially accountable to the state and their contracted providers, they also require a level of collaboration that is beyond what DSRIP programs have required providers to achieve in other states.

In the Rochester region, the state asked two large health systems to join forces and form one PPS that would serve a 13-county region and be responsible for more than 400,000 Medicaid lives. These two systems are the University of Rochester Medical Center (URMC), an academic medical center with an 830-bed teaching and research hospital, children’s hospital, and two community hospitals, and Rochester Regional Health (RRH), which has five acute care hospitals and more than 80 medical practices. These organizations that have competed for market share in some high profile services have now partnered to implement transformative projects and change the delivery of care across the care continuum with hundreds of other health care providers including federally qualified health centers, independent physicians, specialists, behavioral health organizations, skilled nursing facilities, long-term care facilities and local agencies such as county public health and mental health departments.

Establishing joint ventures is always challenging and it is even more so when the partnership includes competitors.  As longtime leaders in their marketplace, URMC and RRH had many obstacles to overcome when joining forces. Such obstacles include the fact that several new executives from each respective organization did not have a history of collaborating with the other. Both URMC and RRH were willing to come to the table to discuss the possibilities and challenges of a successful partnership after a previous joint effort in the Medicaid space led to the collaboration and development of a New York state-certified Health Home.  This successful operation showed the providers in the Rochester region and the Department of Health that systems could form a much larger organization to implement Medicaid redesign initiatives.

The first step to determine whether a joint venture between the organizations is viable is to bring both executive teams together at the same table.  In October 2014, 50 executives (25 from each organization) did just that.  The leadership of the two systems held a retreat to learn about the entire 1115 Waiver process, including the opportunities and risks the DSRIP program presented, as well as the impact DSRIP programs could have on the community.  They found common ground around three key questions:

In the end, the URMC and RRH successfully formed a new corporation named the Finger Lakes Performing Provider System (FLPPS), which is a 501(c)3 corporation with URMC and RRH as the sole corporate members responsible for the initial capitalization and bulk of the staffing and resource contributions during the start-up phase of the DSRIP program.  However, there is board and committee representation for the other health care stakeholders in the collaborative.  FLPPS is comprised of 28 hospitals, 3,000 healthcare providers and more than 600 healthcare and community-based organizations in a 13-county region. This represents the largest geographic footprint of any PPS in New York.

FLPPS is governed by a board of directors, which meets on a monthly basis.  It is comprised of 19 individuals, broken into the following categories:

There are three operational committees—clinical quality, finance, and information technology—that develop organizational strategies, policies and procedures and advise project teams.  There are also four workgroups focused on the following categories: housing, workforce, transportation and cultural competency/health literacy.  The workgroups act as the subject matter experts for the FLPPS’ 11 DSRIP projects.  Each of these groups has roughly 10 to 25 members who represent all of the different health care settings and geographic areas in the PPS.

Developing a strong operational governance structure is one of the reasons the FLPPS joint venture has been so successful.  It was imperative that all of the health care stakeholders—not just URMC and RRH—had a voice and the ability to help design the DSRIP projects.  Establishing trust is a key factor in the success of any joint venture.  This trust and success has been exhibited in a number of ways since the first joint meeting of RRH and URMC.  The strong partnership of these two organizations provided a lead in earning the trust of hundreds of organizations early in the DSRIP program. This was accomplished by signing attestation forms as the first sign of a five-year commitment to the PPS and its specific transformative DSRIP projects. These attestations ultimately led to the large number of Medicaid lives the PPS is responsible for during the Waiver time period.  The leads abide by their values of collaboration and transparency and ensured the governing committees and individual project workgroups were sufficiently represented by provider type and across the PPS geography. This wide-spread representation allowed for an incredibly well written, thoughtful, and innovative application to be developed in only a few months and submitted by December 2014.

While New York State Department of Health (DOH) and their hired independent assessor were busy reviewing and grading PPS applications across the state, FLPPS did not pump the breaks on any collaboration or setting the pace for best practice development. In keeping with the spirit of communication and collaboration, FLPPS hosted a PPS-wide summit in February, bringing together providers to share a wealth of information and visionary strategy for DSRIP implementation, transformation to value-based payment and PPS funds flow. This day-long session enabled bidirectional communication between providers and the lead and facilitated the successful collection of vital information to be used in the FLPPS implementation plans formally due to the DOH on June 1, 2015. During this time, FLPPS was also required to facilitate the review and ranking of Capital Restructuring Finance Payment (CRFP) applications for all providers in the PPS. While the CRFP is not directly linked to the 1115 Waiver and DSRIP, the DOH asked PPS leads to facilitate this state-funded capital budgeting application process.  FLPPS provided PPS providers adequate support and information and created a ranking process that enabled the PPS to not have to redo any work while the DOH submitted applications. This is a primary example of thought leadership that benefits the lead and all PPS providers and sets the tone for more best-practice opportunities over the next five years and beyond.

The FLPPS teamwork in designing its DSRIP projects and full application has definitely paid off.  Its application was approved in February 2015, receiving the second highest overall score across the state and gaining approval for 123,000 more lives than the FLPPS initially projected.  This high score and credit for additional Medicaid and uninsured lives enabled FLPPS to receive a substantial valuation. Out of the $6.42 billion in funds available to New York’s DSRIP program, FLPPS is eligible to earn $565 million in funds during the five-year period, which is more than any other private PPS in the state.

For more information on how COPE can help you succeed with DSRIP or other Medicaid redesign efforts in New York or and other states contact: DSRIP@copehealthsolutions.com.