MACRA: The Times are Changing! 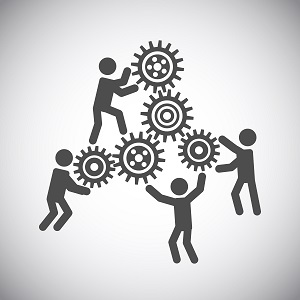 “Be careful what you ask for.”

The SGR, an 18-year-old unintended consequence of the Balanced Budget Act of 1997, would have punished all physicians with a Medicare rate cut if enough doctors in the country spent more than a governmental budget target for the previous year. That overspend occurred every year to no one’s great surprise, generally driven by factors well beyond any individual doctor’s control. It was an ill-advised idea for anyone who understands the “tragedy of the commons” concept.

However, since no Congressman was ever willing to actually wield the sword that would have whacked access to care for voting seniors, the SGR implementation was yanked off line at the last minute every year. It was as predictable as turkey on Thanksgiving. However, the adjustments accumulated, ballooning to a staggering 23% rate cut if it were ever activated. It wasn’t.

The SGR never actually drew any fiscal blood. It was mostly an enduring, aggravating farce. However, what’s taking its place won’t simply hang idly in the back room.

MACRA may have removed one sword, but it has another cutting edge, and this one will leave a mark.

CMS has committed to the transition from fee-for-service medicine, often cited as the primary driver of our American medical cost “problem,” towards a mix of prospective payment protocols. Those include capitation, intimately familiar to Californians and probably mainly responsible for California’s substantial lead in national utilization statistics. Bundled payments and episode-based payments also qualify, although with more limited leverage.

How will CMS hasten this transition? MACRA.

CMS is also eager to institute more “value-based” payment incentives – rewards for favorable performance and outcomes – to replace “volume-based” payments. The latter means turnstile-click incentives for care, and we know that much of that care is unnecessary or even harmful, and that means the money and a fair amount of patient welfare have been wasted.

How is CMS going to oblige this change? MACRA.

CMS has been steadily ramping up pressure on practitioners to report their work in ways that spotlight accuracy, quality, and use of electronic tools, even if the reporting burdens have become insufferable in the opinions of many. To date, the behavioral effects of these demands have been minor, other than complaints.

CMS is going to escalate those demands for accountability, and it won’t be minor. How? MACRA.

Let’s get down to specifics. MACRA is going to start changing the way physicians are paid for Medicare and possibly Medicaid services in 2019, but much of the information to support those changes will be collected in 2017. That’s barely the day after tomorrow. Other health care payors typically track along with Medicare policy, so this is going to change everything. The fine print is still in draft, but the bold print is now visible.

By 2019, individual physicians and physician organizations will need to choose one of two pathways: MIPS or APM. Let’s see what those look like.

Merit-Based Incentive Payment System (MIPS) will primarily affect FFS Medicare for individual doctors, not so much Medicare Advantage for integrated systems. MIPS will use a composite of the 4 current measures (PQRS, Meaningful use, value based payment modifier and participation in quality activities) to create a score.

Based upon that score, physicians could see up to a 4% reward or a 4% penalty in 2019. By 2022 that figure goes up to plus or minus 9% and becomes “serious money.” Winners and losers will intentionally offset each other, for the proverbial “zero sum balance.”

IPAs will have some serious choices to make, starting now. IPAs cannot legally bargain with payors on behalf of separate doctors unless the IPA accepts risk for those contracts. One such payor is Medicare “traditional” fee for service. Since MIPS will affect individual doctors, who in turn will likely scatter along that spectrum of winners and losers, it’s uncertain whether an IPA will want to get in the middle of that.

A clever IPA might strengthen its compact with member physicians by helping raise all the financial boats in the harbor, but in reality, if the IPA is that strong, it will probably lean towards the second alternative: APM.

Alternative Payment Methodology (APM) will likely appeal to currently integrated systems with sophisticated health IT, advanced administrative supports for clinical quality and efficiency, strong two-way compact with medical staff, an experienced taste for risk and a few healed battle scars. APM isn’t realistically pertinent to individual doctors or even clusters of 50 or 100 doctors. That’s simply not enough to support the infrastructure needed to ace this test.

There is an opportunity to achieve a 5% bonus, which becomes a really substantial figure if it expands to include opportunities beyond just the Part B payments. Stay tuned.

APM explicitly requires systems to bear risk. The definition for risk is soft. Full risk is the gold standard and some bundled surgical episodes are “risk lite.” Those requirements will certainly be defined much more precisely.

Regardless of the definitions, the APM bar goes up quickly based upon the proportion of patients receiving risk-based care:

In addition, APM requires a qualifying EHR system, which by then should be old hat across the landscape. There is language currently in flux regarding whether elements of the “medical home” may replace some of the risk elements. That’s a controversy with some rough edges.

The APM also requires organizations to be part of an ongoing improvement activity. Most California organizations mature enough to consider APM have already been doing that since the turn of the century, and by 2020, those collaboratives should be really laser focused.

Bottom Line: Individual doctors and organized systems of care will see dramatic changes in the way payment is aligned with performance, as well as with the readiness of large systems to responsibly handle risk. All payors will likely synch with Medicare on this, and fee-for-service medicine is heading for the sunset. The clock is ticking, and data from 2017 will influence everyone’s wellbeing.