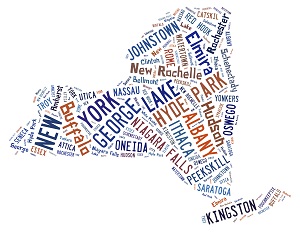 New York State (NYS) has one of the nation’s largest populations of Medicaid and Medicare beneficiaries, each around 3 million members. As health care reform continues to lead states away from volume-based payments to value-based reimbursements, NYS has proposed a unique alignment strategy between the two largest federal health care coverage programs.

The “Draft Medicare Alignment Paper” released by NYS this month attempts to reach maximum alignment of Medicare payment reform efforts to the “Medicaid Payment Reform Roadmap” approved in July through the cross-pollination of including Medicaid patients into CMS models and Medicare FFS patients into VBP models. Providers should be aware of the key elements of the alignment goals outlined by NYS and how these changes might impact their market and business model.

Earlier this year, the Centers for Medicare and Medicaid (CMS) established a timeline to move the Medicare program from volume (fee-for-service) to value-based reimbursements. The goal is to funnel 30% of Medicare payments-to-value through alternative payment models (APM) such as accountable care organizations (ACOs) by the end of 2016 and 50% of payments by 2018. Today, nearly 20% of Medicare payments flow through APMs. Last month CMS proposed a mandated 5-year payment model for hip and joint replacement surgeries where the hospital performing these procedures would be accountable for the care from the time of the surgery through 90 days after. Click here to read the proposal currently open for public comment through September 8, 2015.

NYS’ innovative Roadmap to Value Based Payment sets a goal for New York’s Medicaid programs to achieve at least 80% of total managed care organizations (MCO) provider payments through APMs by 2019. It is likely these types of goals for Medicaid Value Based Payment will expand to other states, particularly those working with CMS to develop a new or renewal 1115 Medicaid Waiver.

It is also important to note that the dual eligible population in New York State comprises 15% of that state’s Medicaid beneficiaries (about 700,000 to 800,000) who are responsible for nearly 27% of Medicaid spending in the state through long-term care services. Hospital and other specialty services are covered primarily through Medicare. There are several important takeaways for Medicaid and Medicare providers in the proposal by NYS. The potential impacts may be important for other states considering aligning their CMS payment reforms, as well as of course providers and health plans in those states.

For financially vulnerable safety net providers, NYS proposes leveraging the $7.42 Billion in funds made available through the New York State 1115 Medicaid Waiver to serve as interim support. In addition, the financial incentives to transform care delivery and business models will enable long-term success with risk based payments. If designed appropriately, Delivery System Reform Incentive Payment (DSRIP) funds flowed to providers implementing transformative projects can be a valuable bridge to prepare them to take risk through alternative payment models in the long term.

The proposal aims to reduce administrative burden on safety-net providers involved in DSRIP. Providers would significantly benefit from standardized reporting on the quality indicators linked to payments for a large proportion of their patients. When designing reporting protocols and processes for partners to earn DSRIP dollars, it is crucial to consider existing Medicaid and Medicare reporting practices to design standardized tracking and reporting of process indicators, clinical quality measures and population health metrics.

NY has been successful in participating in several Medicare CMMI Innovation Models including the ACO model, the BCPI program, and Primary Care Initiatives. NYS has proposed to allow providers and MCOs to include Medicaid beneficiaries as a part of these Medicare CMMI models. The inclusion of those models in the Medicaid VBP roadmap allows providers who are already participating in CMMI models to expand current practices.

NYS also proposes to include Medicare FFS-only patients in Medicaid VBP models. The state will act as an administrator to report to CMS and monitor performance at no cost for the first 2 years, with potential shared savings between NYS and CMS. This ambitious goal could be challenging for the state, given the potential data discrepancies between Medicare and Medicaid claims. Through DSRIP implementation of data management and analytics, challenges in gaining access to accurate, timely Medicaid data are highly apparent and remain the greatest roadblock to achieving desired results. Bringing an additional data-mix into the picture will demand a new, more concentrated effort.

NYS also proposes including dual-eligible patients in Medicaid VBP models by acting as an administrator without MCO involvement for the Medicare component of this group. Within the scope of the 1115 Waiver, performance goals for duals will be monitored and tied to incentive dollars starting Measurement Year 3 (July 2016 – June 2017). Given that the timeline and work for this additional tracking is already included within the waiver, this piece of the alignment, could move quicker than the others.

NYS is working to understand whether the alignment of MCO and Medicare Advantage plans, which are normally run by the same health plans, requires CMS approval as it may be within the scope of the 1115 waiver in terms of care delivery and contract alignment but not risk pool integration.

NYS proposes Montefiore Health System to act as a pilot ACO that will take full financial risk and integrate the Medicare and Medicaid populations.  Montefiore is headquartered in Bronx, New York and consists of eight hospitals and a strong ambulatory care network. It is the major partner in a Performing Provider System (PPS) in the Bronx and is the lead entity for the Hudson Valley PPS. This demonstration sets a critical goal for Montefiore as a leader in the State in stabilizing the safety-net, building trust and collaboration with the PPS partnership and beyond, local managed care health plans, New York State and CMS.

Health plans, as well as of course Medicaid and Medicare members, all stand to benefit from a well-integrated care delivery system that promotes collaboration among partners by reducing cost for high-risk populations. However, it is important to understand the potential impact of downstream payments to providers through cost and revenue shifts for both Medicare and Medicaid risk pools and the impact of the robust implementation of transformative DSRIP projects.

Although the NYS proposal crosswalks the APMs available through both programs, more thorough statewide and regional analysis is needed to ensure the goals are aligned within localized markets.

COPE Health Solutions has extensive experience working with providers to move from traditional payment mechanisms to value-based purchasing. Our past clients have included accountable care networks and performing providers in DSRIP programs in New York, Texas and California. For more information on how we can help your organization move from volume to value, please contact us at info@copehealthsolutions.com.