What Every Health Care Leader Should Know About Medicaid Waivers 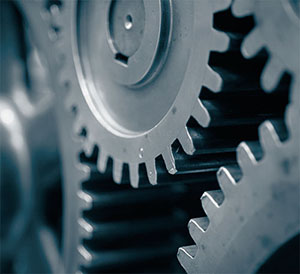 The Medicaid and uninsured populations don’t have to be an economic burden for hospitals and health systems if they are managed well. The key is to focus on managing risk and outcomes in these patient groups in many of the same ways health care executives manage commercial or Medicare populations.

Houston-based Texas Children’s Hospital established a patient-centered medical home for children who suffered from chronic conditions and were not receiving the care they needed. As a result of the program, Texas Children’s Hospital added new Medicaid patients, standardized its referral process to eliminate access barriers, educated community providers on caring for complex patients and worked with disease-specific clinics to develop a transition plan.

These are just a few of the types of interventions that can lead to reduced hospital readmissions and provide better care for Medicaid and uninsured patients. These projects were also established through a program that many health care executives are not familiar with—The Medicaid 1115 Waiver. Below are answers to the most frequently asked questions about Medicaid 1115 Waivers and how these programs are helping health care providers transform patient care. 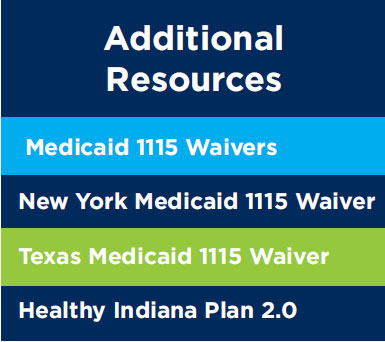 The second area of economic benefit involves the participation of the PPS in some form of risk-based payment. This payment is meant to support the success of the intervention for the long term after DSRIP funds are exhausted.  In New York, if the reduced ED and hospital admission targets are achieved, the PPS and its providers will reap risk-based incentive rewards as a result of the cost savings attributed to the reduced utilization.  These value-based payments can be achieved in several ways including, but not limited to,  shared savings with upside potential only,  care bundles with outcome based payments, subsidies for risk sharing based on total cost of care and full capitation.