Who benefits when insurers consolidate? 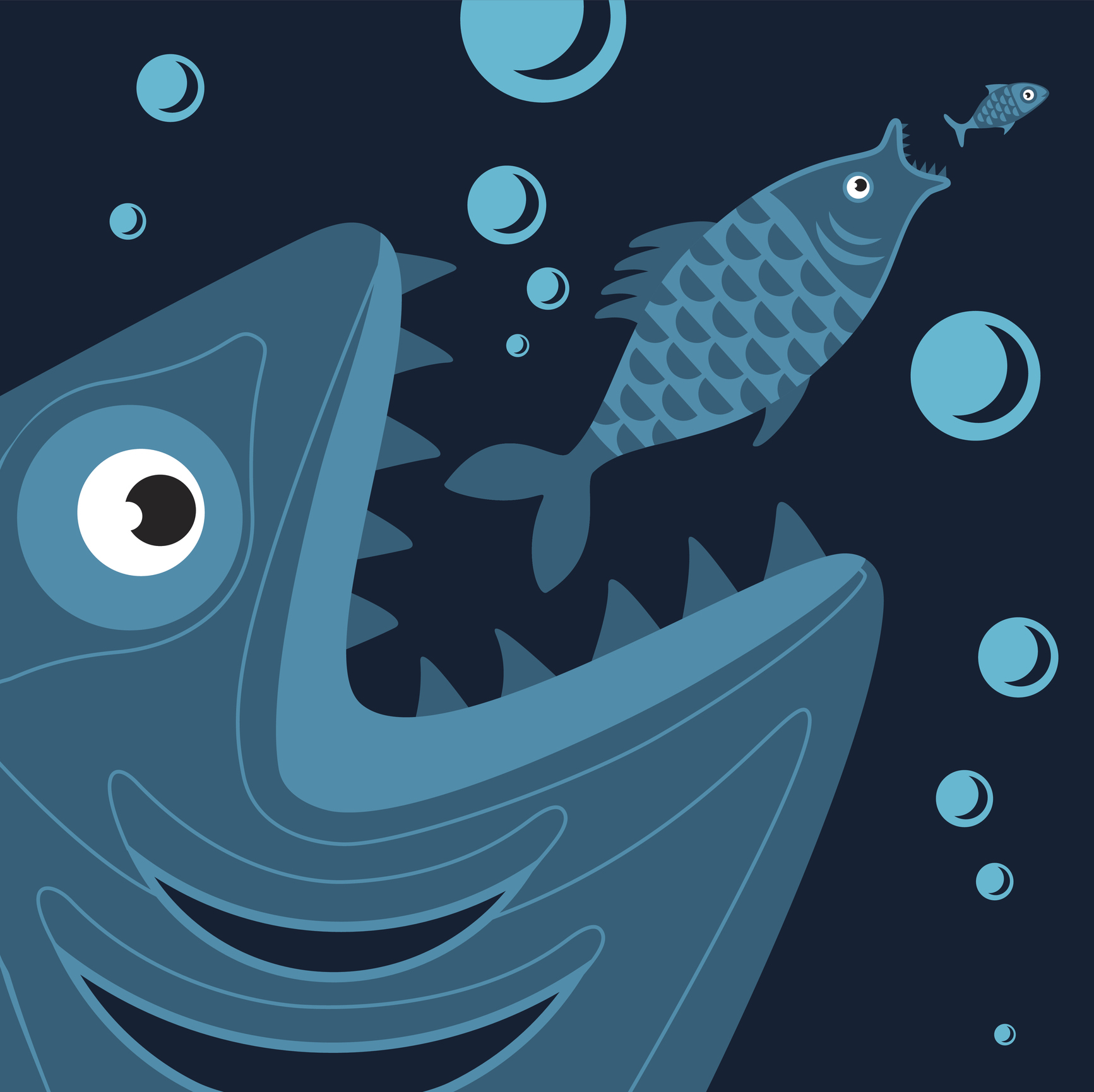 In summer 2015, four of the five biggest insurance companies shook the health care industry when they announced two mega-mergers: Aetna to buy Humana for $37 billion, and Anthem to acquire Cigna in a $54 billion deal. Since the announcements, many have wondered about the potential ramifications of leaving a trillion-dollar industry in the hands of three mammoth insurers. On January 23rd, a federal judge brought some clarity to the industry’s uncertain future by blocking the Aetna-Humana merger.

About a year after the two mega-mergers were initially announced, the Department of Justice (DOJ) declared it was suing the insurance companies in order to block both efforts. In its July 2016 court filings, the DOJ argues that “these mergers would reshape the industry, eliminating two innovative competitors – Cigna and Humana – at a time when the industry is experimenting with new ways to lower health care costs.”1

Tensions between Anthem and Cigna have been rising since the lawsuits were filed. In August 2016, Cigna’s counsel revealed that the companies’ in-house lawyers had been “accusing each other of breaching the merger agreement.” Unfortunately, brewing hostilities surfaced much earlier because Cigna had a “tendency to miss deadlines and submit paperwork in the wrong format during the antitrust review process.”

Unlike Anthem and Cigna, Aetna and Humana have maintained a stable, amicable relationship throughout the anti-trust review process, and have even been responsive to the criticisms brought forth by the DOJ. In fact, both insurers have entered separate agreements to sell portions of their Medicare Advantage assets to Molina Healthcare in order to keep markets competitive.2

Unfortunately, despite their efforts to ease anti-trust criticisms, the $37 billion Aetna-Humana merger was temporarily blocked by federal judge John D. Bates on Monday, January 23rd, 2017. In his 156-page ruling, Bates says that the court “mostly agrees” with the objections cited by the DOJ – that consumers would suffer from decreased competition, and a lack of choice.3 Nevertheless, Aetna CEO Mark Bertolini and Humana CEO Bruce Broussard both “continue to believe a combined company will create access to higher-quality and more affordable care and deliver a better overall experience for those” they serve.4 Moving forward, the mega-insurers will have the opportunity to appeal, revise the terms of the merger, or abandon the deal altogether. If the companies choose either the first or second option, they will need to take action quickly before the terms of their original agreement expire in mid-February and Aetna will be legally obligated to pay Humana $1 billion in breakup fees.

Nevertheless, since Donald Trump’s upset victory in last year’s presidential election, many suspect that the tides will be shifting in favor of consolidation. During his campaign, the President proposed allowing insurance companies to sell their policies across state-lines, suggesting that he is likely to be more supportive of consolidation than his predecessor. Additionally, President Trump’s justice appointment is likely to lead to a conservative majority, meaning that the Supreme Court may look more favorably on these mergers. President Trump’s influence on the antitrust space will likely be felt most prominently after he appoints an assistant attorney general to run the DOJ’s antitrust division, and nominates commissioners to fill open positions in the Federal Trade Commission (FTC). In the case that his administration views consolidation in a positive light, the Cigna-Humana merger may have a better chance of success while the Aetna-Humana merger may be offered a less-regulated settlement following an appeal.

On the other hand, many like David Balto, former policy director at the FTC, reject the idea that the election of Donald Trump will end the continuous scrutiny of these high-profile insurance mergers because competition in the marketplace is a concept shared and valued by both major political parties. Balto put it best when he said, “Federal antitrust litigation is clearly a nonpartisan sport.”5

But what caused the merger-frenzy?
These mergers were likely reactions to President Barack Obama administration’s landmark legislation, the Patient Protection and Affordable Care Act (ACA). When enacted in 2010, one of the federal law’s major provisions was to provide Americans with access to affordable coverage by encouraging competition among insurance companies through the establishment of health exchanges. These marketplaces allow consumers to comparison-shop, which forces insurers to compete both on price and value. Unfortunately for insurers, the increase in transparency went hand in hand with a decrease in pricing power as the costs of plans within each tier essentially became more standardized within markets. Consequently, the ability to pay providers less suddenly became a necessity, and consolidation increased an insurers’ leverage when negotiating provider contracts with hospitals and physicians.

The ACA also established numerous roadmaps and provided ample funding opportunities to incentivize providers to deliver more patient-centered care. For example, the ACA introduced four bundled payment models for episodes of care, allowing provider organizations assume the financial risk for the cost of services. These policies made it strategic for providers to streamline care to draw down as much money from available government funds, while increasing their ability to bargain more aggressively with insurers for better rates on services. Therefore, consolidation among insurance companies became somewhat of a mechanism to level the playing field against provider coordination.

Is bigger always better?
Since the first announcement, many have begun evaluating the possible impact these insurance mergers may have on the health care industry. Those in opposition believe these mergers will lead to higher prices (premium) and reduced benefits for consumers. Though there aren’t many mergers of similar size and scope, an examination of Aetna’s purchase of Prudential Healthcare in 1999 bolsters the opposition’s argument. Researchers at Northwestern University, University of Pennsylvania, and the University of California at Los Angeles examined 139 distinct geographic markets in the United States. They focused on the growth rate of premiums, and used the Herfindahl-Hirschman index (HHI) to measure market concentration between 1998 and 2006. Their findings indicate that the increase in HHI scores paralleled the increase in the cost of premiums. Most notably, there was a premium increase of approximately 7 percentage points by 2007.6

On the other hand, those in favor of these mergers emphasize that the increase in insurers’ bargaining power can actually make provider markets more competitive, which can lead to downstream cost-savings. Insurance companies claim that merging will reduce operational inefficiencies and administrative expenses, all of which will be passed along to consumers via lower premiums. Anthem spokeswoman Jill Becher summarized the proponents’ perspective best when she said, “We will deliver for consumers by operating more efficiently to reduce our own costs, while enhancing our ability to manage the cost drivers that negatively impact affordability for consumers.”7 Benefits to the consumer via cost-savings can take the form of new services/programs offered by health plans. Large insurers are more capable of investing in market-facing innovations, developing electronic links with community partners, and aggregating population health information than smaller insurers are.

Access to care is another contentious point for both sides. Some, including Aetna spokeswoman Cynthia Michener, believe that the mergers “will improve the health care system and offer consumers more choices and greater access to higher quality, more affordable care.”8 Those in favor argue that mergers would expand access to care by providing consumers with a more extensive network of physicians, hospitals, service providers, and health care professionals. For example, according to its 2016 July court filings, Anthem’s “acquisition of Cigna will significant increase consumers’ access to the exchanges with the combined firm entering into new territories in nine states where the two firms are not currently participating.”9

Unfortunately, others believe that the benefits of increased access to care is very likely to be mitigated by the effects of decreased competition. In fact, a study by the American Medical Association in 2015 found that “the two mergers would diminish competition in up to 154 metropolitan areas within 23 states.”10 Specifically, Aetna’s acquisition of Humana would displace UnitedHealth and make Aetna the single largest Medicare Advantage carrier; Anthem’s acquisition of Cigna would further expand Anthem’s dominance of the market for administrative services for self-insured employer plans, which currently accounts for approximately 84% of Cigna’s total enrollments.11 Rex Santerre, a retired Professor of Health Care Management and Finance at the University of Connecticut, points out that “companies don’t have to be as generous with the benefits offered” when there is reduced competition.12

What is the scale of the impact of these mergers?
The insurance companies under scrutiny highlight that market concentration will only be affected minimally following the mergers because their geographic area is not expanding significantly and there has been a growing trend of insurance companies entering the market.
Though Aetna would be the leading Medicare Advantage carrier if the merger happens, it would only have less than 25% of the total national market. Similarly, Anthem highlights how its geographic presence is much narrower than other large carriers because it is “principally a collection of Blue Cross Plans in 14 states.”13 .” Since Blue Cross carriers generally occupy dominant market positions, the merger would only expand Anthem’s positions in these specific segments with potentially little to no effect on unaffiliated markets.
In statements to the Senate in September 2015, CEOs of Anthem and Aetna, Joseph Swedish and Mark Bertolini respectively, stressed that small, local insurance companies would be keep markets competitive. Swedish cites that the number of health insurers increasing by 26 percent in 2015 with 70 new entrants offering coverage. He also stated that Anthem offers plans to small employers – a group that Cigna does not market to – and to individuals – a group that the combined company would share the market “within just five states, where there is now and will continue to be robust competition.” To combat concerns regarding Aetna’s possible monopoly over the Medicare Advantage product line, Bertolini cites that there were “143 health care companies offering Medicare Advantage plans, with new entrants coming into Medicare Advantage: 28 new health plans have joined over the last 3 years.”14

Well, what’s the bottom line?
Consolidation within the health care industry is not a new concept, but the increased volume and pace at which partnerships are emerging has become particularly noticeable. And while some may cite the advantages and others will emphasize the disadvantages, the fundamental question surrounding the validity of these mergers will be whether or not combined systems are actually able to provide higher quality care at a truly affordable price to all of its consumers.

Though the industry faces much uncertainty, there is still work to be done. COPE Health Solutions, a nationally recognized consulting firm, is currently working with various hospitals and health systems on strategy, care coordination, and multiple other service lines. Our team understands that there is no such thing as a “one-size fits all” approach, and develops customized goals and solutions to help all of its clients better navigate through today’s tumultuous health care environment. For additional questions, please contact info@copehealthsolutions.com