Hospitals have improved patient outcomes and patient satisfaction scores via implementation of a successful post-discharge phone call program to achieve:

A combined decrease in hospital readmissions and increase in Hospital Consumer Assessment of Healthcare Providers and Systems (HCAHPS) scores positively affects a hospital’s Value Based Purchasing score and reduces payment penalties for readmissions.

The benefits of reconnecting with patients post discharge are clear; however, allocating adequate resources to ensure a successful, formal post-discharge phone calls process has been a struggle for most hospitals.

The most common barriers to establishing a formal post-discharge phone calls process are:
a) Resistance from nursing staff to take on an additional task, and
b) Lack of structured training for conducting post discharge calls

St. Francis Medical Center (SFMC) in Lynwood, CA experienced these barriers when hardwiring the post-discharge phone calls process on inpatient units. However, it pursued a different approach — a solution which has sustained positive results over the 5-month period since implementation.

The initial goal of Health Scholar involvement in the post-discharge phone calls process was to jumpstart the process for inpatient units towards achieving a 100% attempt rate during the implementation phase.

Nine out of 320 CCEs from SFMC’s Health Scholar Pipeline were selected to participate in the initiative under direct supervision from nursing staff. Selected Health Scholars received a 3-hour training from SFMC’s Patient Advocate/Satisfaction Coordinator and completed a training competency checklist signed off by SFMC’s trainer. Health Scholars initiated all post-discharge phone calls by following a pre-approved script and forwarded all calls requiring clinical intervention to the nursing staff. 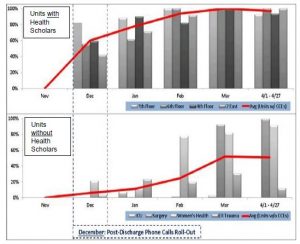 Figure 1: Average % Attempt Rates for Units with Health Scholars vs Units Without Health Scholars
Between 12/1/12 and 4/27/13, Health Scholars made a total of 1971 post-discharge calls – spending on average 6 minutes and 11 seconds per call – yielding an impact of 208.4 nursing hours saved over a period of 5 months, which were reallocated to direct patient care.

3 David A. Guss, MD et al. “The Impact of Post-Discharge Patient Call Back on Patient.” The Journal of Emergency Medicine (2013): 236– 241.<http://www.emergencyexcellence.com/impact ofpatientcallbacksJEM.pdf>.