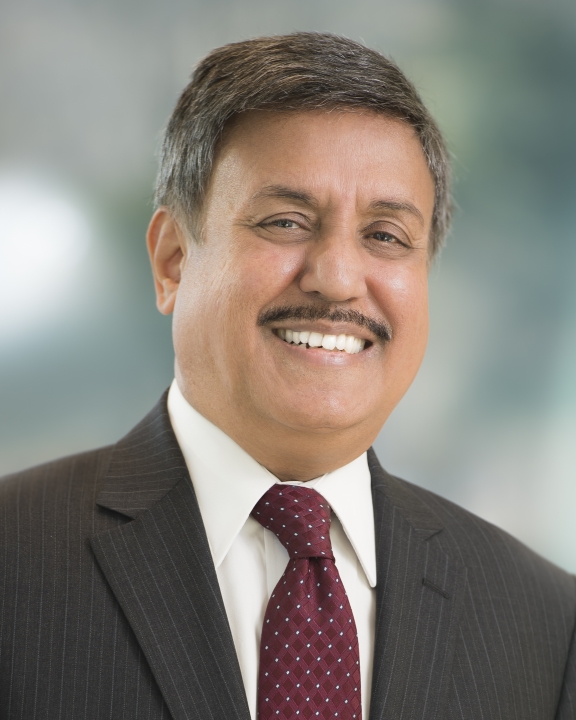 Ram Raju, MD, combines his executive leadership experience in health care with a deep commitment to achieving social equity to improve the health of communities in need.

As senior vice president and community health investment officer, he evaluated the needs of Northwell’s most-vulnerable communities, and provides solutions for them by collaborating with community-based organizations. He’s responsible for promoting, sustaining and advancing an environment that supports equity and diversity, and helping the health system eliminate health disparities.

Dr. Raju also served as CEO for the Cook County Health and Hospitals System in Chicago, the nation’s third-largest public health system, where he improved cash flow by more than $100 million and changed the system’s financial health during his tenure from 2011-2014.

Dr. Raju served as vice-chair of the Greater New York Hospital Association and currently sits on the boards of numerous city, state and national health care organizations, including the American Hospital Association, the New York Academy of Medicine and the Asian Health Care Leaders Association. Among his numerous awards and accolades, Dr. Raju was selected to Modern Healthcare’s “100 Most-Influential People in Healthcare.” Modern Healthcare also named him one of the “Top 25 Minority Executives in Healthcare” and one of the “50 Most-Influential Physician Executives in Healthcare.” In 2013, he was named a Business Leader of Color by Chicago United.

Dr. Raju earned a medical diploma and Master of Surgery from Madras Medical College in India. He underwent further training in England, where he was elected as a Fellow of the Royal College of Surgeons. He later received an MBA from the University of Tennessee and CPE from the American College of Physician Executives.